If you plan to invest in the power plant, you should determine the structure of power plant according to actual situation and the need at first. Common form of power station include: Simple cycle, Cogeneration/CHP, Combined cycle and Hybrid power forms. Now briefly introduced as follows：

Simple cycle, also known as the open cycle, is the cycle power generation system composed by the gas turbine (or Internal Combustion Engine) and generator independently, with a flexible and reliable power generation solution. The utility model Simple cycle has the advantages of fast installation, flexible start and stop, usually used for peak regulation and transportation, industrial power systems.

Simple cycle power plants (SCPP), is consist of a single or multiple gas turbine (or I.C.E) driven generator sets. The main components of the gas turbine are the air compressor, the combustor and the turbine, which drives both the air compressor and an electric power generator. We can provide flexible and reliable solutions to enable the grid to respond quickly to flexible load demands. The focus is on robust operation, high availability, fast start-up as well as start reliability and the capability for quick transient load responses. SCPP are often used in remote areas as decentralized local power generation sets and as emergency or peaking units. The generating efficiency of gas turbine is about 28-38%, and the efficiency of the internal combustion engine is about 40-48%.

Cogeneration, also known as combined heat and power (CHP), refers to a group of proven technologies that operate together for the concurrent generation of electricity and useful heat in a process that is generally much more energy-efficient than the separate generation of electricity and useful heat. Combined Cooling, Heat and Power (CCHP) refers to the concurrent generation of electricity, heat and cooling. Both technologies CHP and CCHP are well-established, high-efficient, cost-effective and environmentally-friendly solutions. Widely used in Distributed Energy Resources projects making an important contribution to the global energy demand.

Our engine - based CHP and CCHP plants are designed to meet the overall thermal demand of the end consumer and can be used for a wide range of thermal applications - whether at industrial, city-wide or at individual building levels. The heat extracted from the engine’s exhaust gases can be utilised for steam generation required in the textiles, food, paper and chemicals industries. By including an exhaust gas or hot water driven absorption chiller, chilled water can be produced to run central air conditioning systems in hospitals, hotels and office blocks. The heat extracted from the engine lube oil, the engine jacket water and the charge air cooling circuits can be utilised for hot water generation, e.g. used in a district heating network for heating purposes.

The combined cycle is a cycle that composed by two independent power cycles using different working fluids throw energy exchange. Gas-steam combined cycle is the cycle that combine the gas cycle (Brayton cycle) with steam cycle (Rankine cycle) through high temperature exhaust gas of turbine (or gas internal combustion engine) generate steam in the waste heat boiler, and then the steam was sent to steam turbine to generate power.

Combined cycle power plant (CCPP) is the Combined cycle power generation system composed of gas turbines, generators, boilers, steam or heating type steam turbine. The system converts the waste gas discharged by the gas turbine into steam through the waste heat boiler, and then the steam is injected into the steam turbine to generate electricity, or the spent steam can be used to heating after generation.

Hybrid Power refers to the form of energy mix in which two kinds of power or energy forms combined together. Hybrid power has been widely used in Power generation, Industry, Vehicle and other fields.

The enviromental policy of many countries worldwide generally calls for a higher share of renewable energy sources in their power generation concepts to reduce emissions and the high share of fossils in the electricity generation mix. Moreover, wind power, hydroelectricity and solar power are attractive sources of renewable energy – they are free, widely available and don’t produce greenhouse gases.

However, all renewable energy sources rely entirely on one thing to behave: the weather. Hydro-generators need rain to fill up dams to supply flowing water. Wind turbines need wind to turn the blades. Photovoltaic or solar collectors require clear skies and sunshine to generate electricity. As these basic conditions often vary in availability, energy production varies with them. This makes it tricky if electricity is needed steadily and reliably, e.g. in case of island and micro grids or remote applications such as mining sites. At this situation, hybrid power plants are your best choice.

Of course, the higher the share of renewable energy sources the more complex is the balancing of the plant. Therefore a sophisticated storage and plant management system care of demand-oriented electricity supply. Thus, if you either add a small share of renewables to your engine based power plant to achieve fuel savings or even hybridize up to 100% peak renewable penetration with engines: we can provide the suitable solution. 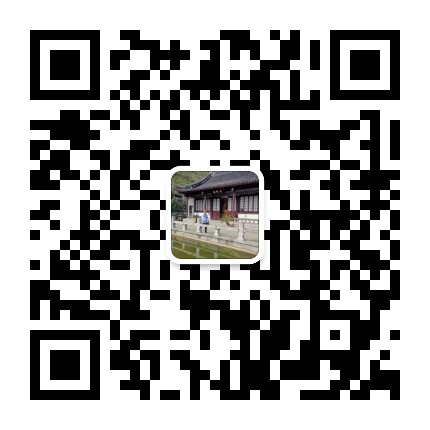